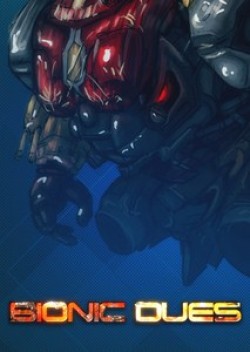 Bionic Dues is a tactical, turn-based roguelite with mech customization. Guide multiple classes of Exos through a variety of missions filled with enemy robots that are as buggy as they are angry. This is at least as bad as it sounds. Explore for loot, destroy key robotic facilities, and brace yourself for the final attack by your enemies... just as soon as they can pull it together.Features
Out-think wide-ranging tactical situations featuring robots with bad GPS, terrible aim, insecurity, a lack of focus, a tendency to backstab, and dozens of other maladies to exploit.
Over 40 unique bots, ranging from the hilariously inept-but-dangerous DumBots, BlunderBots, and BatBots to the terrifyingly effective WyvernBots, DoomBots, and MurderBots.
Carve your own path: choose 30 to 50 missions out of the 120 you discover as you explore the city map. Which missions you choose determines how prepared you will be for the final battle against the massing robot army.
Missions come in 23 different general flavors, and are entirely procedurally-generated like a floor of a traditional roguelite.
Mix and match your squad of four from six classes of Exos: Assault, Siege, Science, Sniper, Ninja and Brawler. Each has its own build and weaponry.
Choose an overall pilot from a roster of six to add a powerful perk that lasts your entire campaign.
Customize your four Exos with procedurally-generated loot that grants weaponry and defensive upgrades, new abilities, and more.
Difficulty levels ranging from quite casual to incredibly hardcore.
Save and reload your game with ease any time, or tough it out in ironman mode.
Stellar soundtrack by composer Pablo Vega, headlined by the game's title theme "The Home We Once Knew." 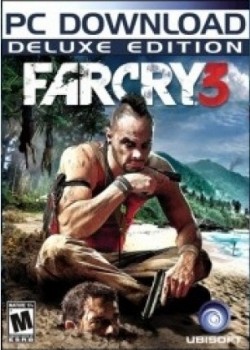 Far Cry 3 is an open world first-person shooter set on an island unlike any other. A place where heavily armed warlords traffic in slaves. Where outsiders are hunted for ransom. And as you embark on a desperate quest to rescue your friends, you realize that the only way to escape this darkness… is to embrace itKey Features:
AN OPEN WORLD FIRST-PERSON SHOOTER

Create your own FPS adventure. Customize your weapons, your skills and your approach to each mission, whether you favor intense run-and-gun action, stealthy close-up takedowns or long-range sniping.

AN ISLAND OF DANGER AND DISCOVERY

UNCOVER A MEMORABLE STORY AND AN INSANE CAST OF CHARACTERS

Encounter an engaging and disturbed cast of characters as you take a gritty journey to the dark side of humanity, written by a Writers Guild Award winner.

PLAY WITH FRIENDS IN A FULL CO-OP CAMPAIGN

Play online and team up in a four-player campaign which challenges you to be your best and work together to prevail. Experience the island through the eyes of a wayward crew in their own quest to survive against the odds.

A DIFFERENT BREED OF MULTIPLAYER

Innovative multiplayer rewards skill and team play. To level up, players must support each other by boosting with battle cries, reviving teammates and calling in support weapons. After each match, players have the choice to punish or show mercy for their foes in fun and twisted ways, choreographed with interactive cutscenes.

The powerful and easy-to-use Far Cry® Map Editor is back, with new and improved features. A community of mapmakers ensures a constant stream of all-new content with the very best being showcased for the whole world to enjoy. Using the included tools, you too can make amazing maps, quickly and easily. 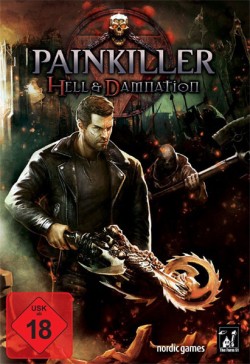 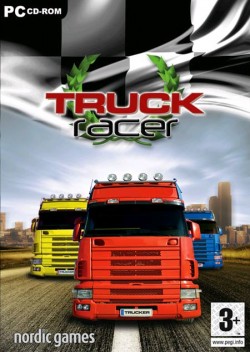 Take control of five tons of metal and power, and floor it until you reach the finish line!
Drive fully destructible trucks in Championship, Time Attack, Elimination and Quick Race. Get rid of opponents trying to block your way and make a reputation for yourself! Customize your vehicle from the engine to the paint, choose among 48 tracks and face your friends in Online or Local multiplayer for maximum destruction!

Drive on 10 different environments and 48 tracks
6 truck categories with distinct styles, thousands of paint jobs and 54 possible upgrades!
4 game modes including Championship mode with 13 events
2 Multiplayer modes: Local split screen for 2 players and Online mode for up to 4 players
Realistic and localized damage