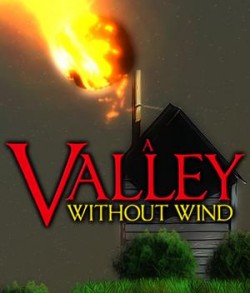 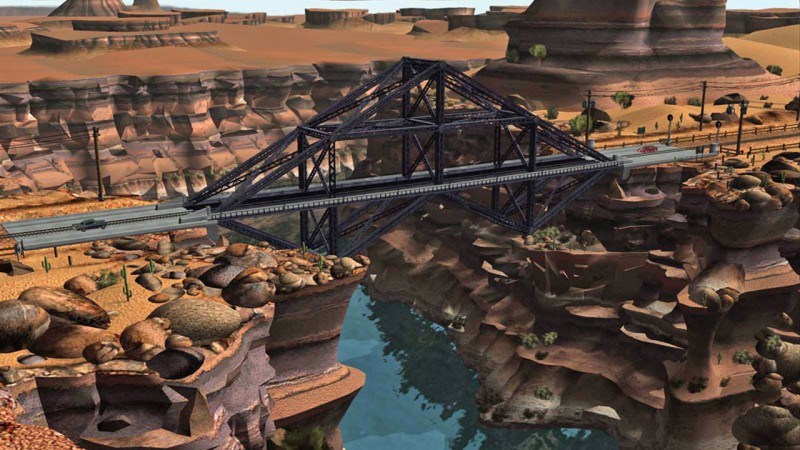 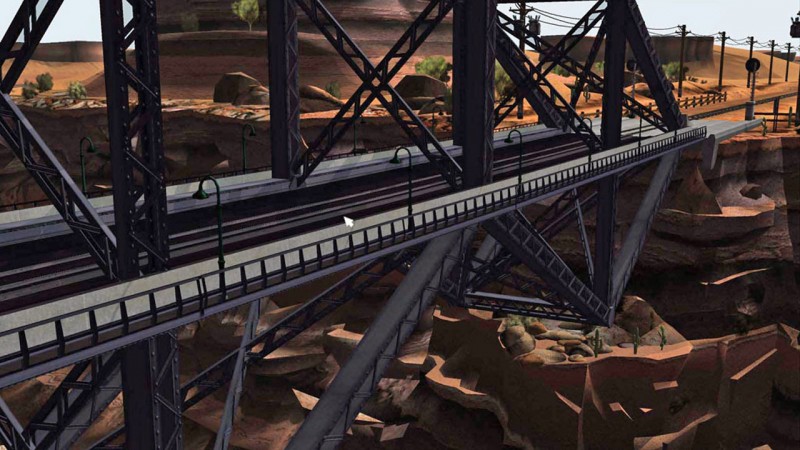 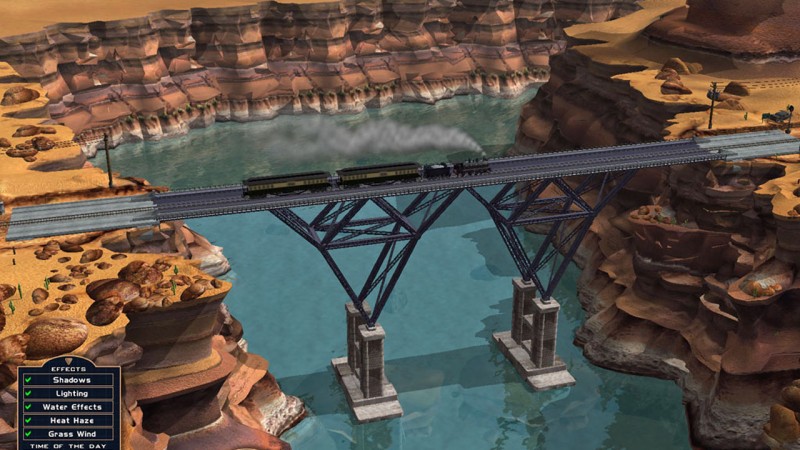 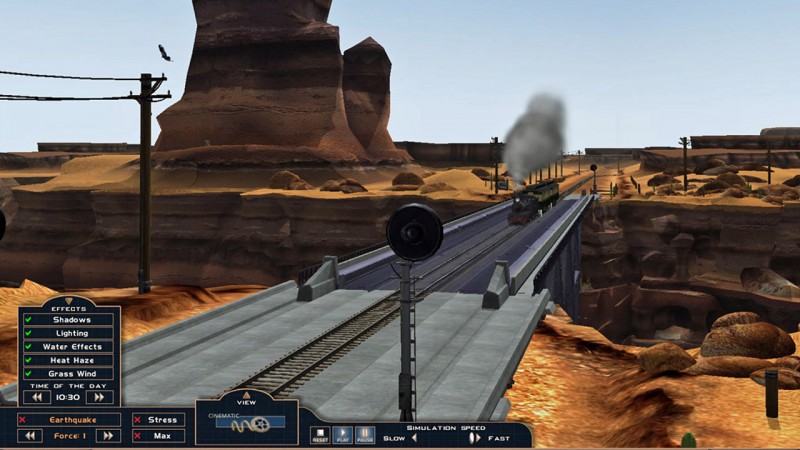 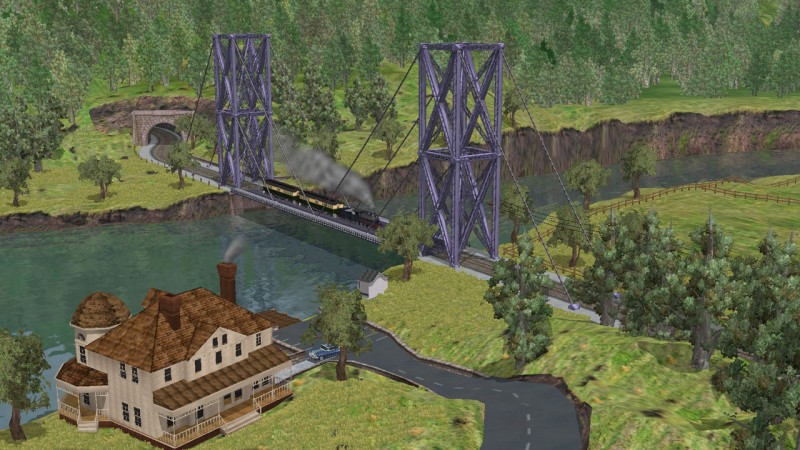 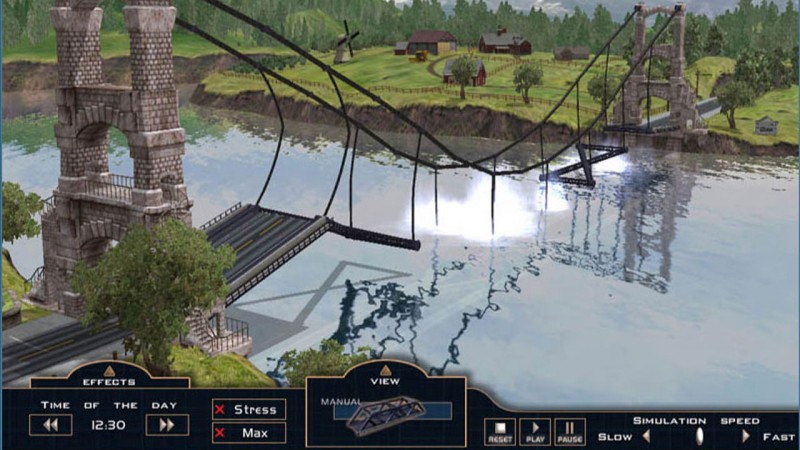 Bridge It is about building a bridge that doesn't break, although watching your bridge creation break and plunge a train into the watery depths below can be half the fun.
Set in the picturesque surroundings of sparse deserts and dense forests it is your task to strategically design and construct an engineering masterpiece. Watch in eager anticipation as unsuspecting motorists, heavy freight trains and tourist riverboats approach. Will your solution stand up to the test or will tons of mangled steel be sent plummeting into the river below?

38 challenging levels from novice to expert